A Clash of Technologies 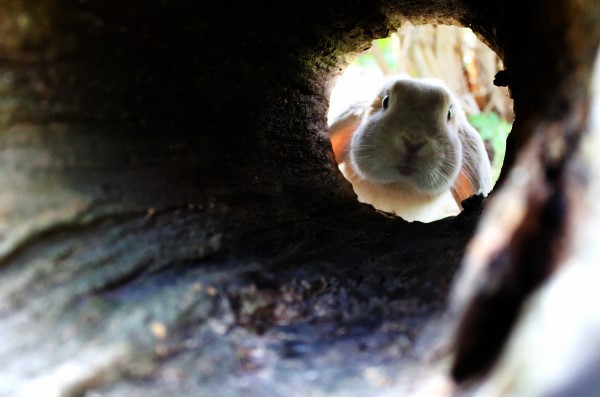 In the technological age that we live in today, manufacturers are constantly looking for ways to improve on products and technologies. Many of these improvements are driven towards adding ease and convenience for consumers as they go about their busy lives. Aiding productivity at work and recreational activities at home. In the rush to appeal to (human) consumers, are technical innovators forgetting about other technologies and how their product may interact with them?

We, in the field of IT support, operate at the boundary between the consumer and the technology that they use. Day-to-day support calls can range from the mundane to the near impossible, taking us through a roller-coaster of emotions on the way. Occasionally however, there are support calls that take you down a different rabbit hole completely!

In response to a recent IT support call, we logged a maintenance task to investigate an issue that a customer was experiencing with a laptop computer. The laptop would, randomly and without warning, send itself to sleep. The issue was slightly perplexing, given that this usually occurred whilst the user was typing and not after a period of inactivity as you would expect.

The user carried out some initial diagnosis herself: checking that AC power was connected to the laptop and adjusting the sleep settings etc. but the problem remained. A support engineer was dispatched to investigate the issue further. The engineer checked the event logs and user settings. This led to, vendor recommended, updates being applied to system drivers, firmware and software. The engineer then advised the user of the work carried out and that since the laptop had made no attempt to send itself to sleep during the time that he had worked on it, the issue seemed to be resolved but she should call again if the problem returned.

It didn’t take long for the call to come!

After another engineer visit, it was decided that the best course of action would be for the user to use some loan equipment whilst her laptop was removed for further testing in our workshop. The laptop was then reloaded with the latest operating system then updated and tested for days without showing any signs of sleepiness.

The laptop was returned…. It went to sleep…. We brought it back!

At the peak of frustration, the three engineers involved in this support call got together and carried out a post-mortem of events up to this point. The event logs had indicated that previous sleep commands had been initiated by a hotkey or lid closure. We had already eliminated the hotkey as a culprit during testing and it was unlikely (but not impossible) that the user would close the lid on her own fingers whilst typing. The lid closure micro-switch was the next point of interest. This used to be a plunger type switch on older laptops but more typically, a magnet and pickup type switch on modern laptops. The switch is usually located above the keyboard near the lid hinge so we hovered a magnetised screwdriver around the base of the laptop until the switch triggered and sent the laptop to sleep.

Surprisingly, the switch was located just below the keyboard, to the left of the mouse touchpad. Precisely where somebody might rest their left hand whilst typing.  Three light bulbs went on simultaneously!

The laptop was returned to the customer and it was found that the user wore a fitness tracking watch (on her left hand) which incorporates a magnetic clasp on the wrist strap. The issue was successfully reproduced and hopefully put to bed with the real culprit identified.

It probably wouldn’t be fair to blame the design considerations (or lack thereof) of either manufacturer in this instance but as technology becomes more widespread in everyday life, a little more imagination on their part might save their intended customers some stress.

For us, another rabbit hole identified….until the next one!