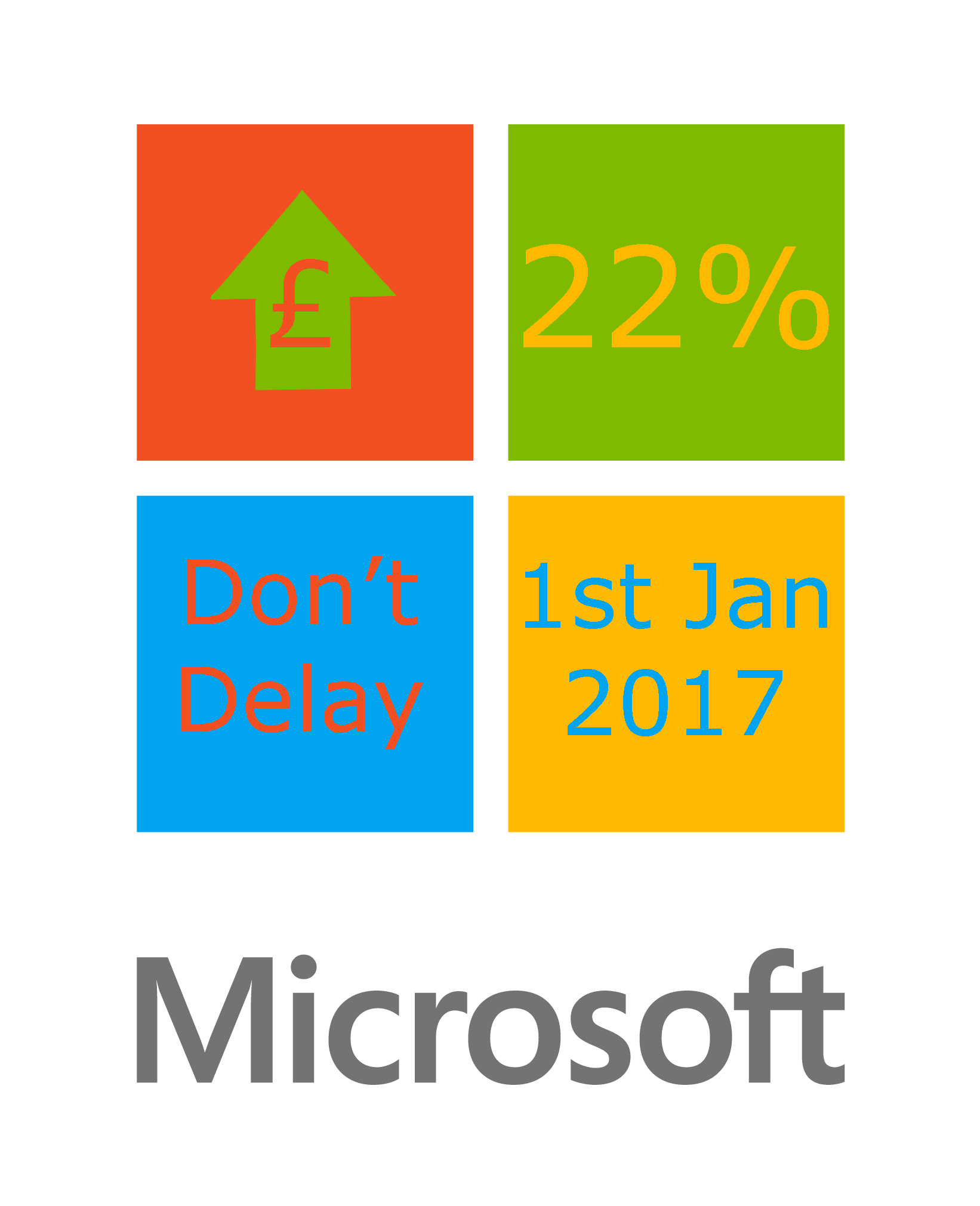 Microsoft is to increase its prices by as much as 22pc in the UK from 1st January 2017 because of sterling’s recent decline, a rise that is likely to affect thousands of businesses which may have to raise IT budgets or sacrifice other projects in order to pay for the increased charges.

Post-EU referendum slide in value of pound is being blamed for Microsoft’s UK price rises, which is expected to be up to 13% for computer software and 22% for cloud-based services, where the company hosts a customer’s data in a virtual storage centre.

Among the software expected to see a price rise is Microsoft’s Office suite of productivity tools including Word, PowerPoint and Outlook, as well as its Office 365 cloud platform.  However, the price rise will only apply to new purchases and out of contract subscriptions, not existing contracts within their initial 12 month subscription.

Customers with existing agreements will be protected from Microsoft’s price hikes until they renew their 12 month subscription; therefore, if you purchased Office 365 in August 2016, the price increase will not take effect until August 2017. According to Microsoft “Customers with Enterprise Agreements have price protection on previously ordered enterprise software and cloud services, and will not experience a price change during the term of their agreement. Similarly, business customers with cloud commitment subscriptions such as Office 365 also receive price protection during their subscription term, which is normally twelve months from the start of paid subscription.”

If you have been looking to invest in Microsoft technologies such as Windows Server 2016 and Office 365 in the near future, then you may want to think about making these purchases now and taking advantage of current pricing levels for the term of your agreement.

For more information on this you can look at Microsoft’s TechNet UK Blog – https://blogs.technet.microsoft.com/uktechnet/2016/10/21/important-volume-licensing-update/